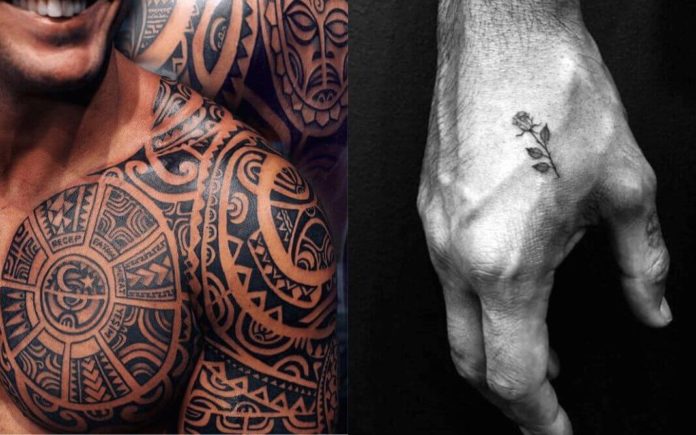 The world is changing today at a rapid pace and along with it, society too is getting reshaped. Given the swift way in which change is taking over, one must change along with it.

Woke or at least Woke-in-progress.

And that is exactly what the case is with the ‘modern men’ of today, they’re too trying to mold themselves per the new society, which is much more socially aware and has greater gender sensibilities.

The modern men are today more aware and sensitive, (or at least trying to be) about the social issues that surround them.

With these adaptations, the idea of masculinity has now redefined itself. Today, the modern man can be anyone he wants to be, he has an opportunity bestowed upon him to become more than a unidimensional caricature of what he is “supposed” to be! With this, if he chooses to, he has a chance to explore himself and choose the story that deems him fit.

Start on a fresh canvas!

There is no right or wrong path, as long as he stays within the radar of moral compass.

He can choose the path of becoming an aggressive competitor or an empathetic homemaker, or even both if that’s what he chooses.

All three choices are equally powerful in their way and the only thing that blocks their path to this are the people stuck in their unidimensional stories and ways.

These modern men are no longer afraid to express their desires when it comes to their looks. They are more eager nowadays to express their outward image and social influence through fashion.

One such way of expressing themselves comes in the form of tattoos. Tattoos have slowly crept their way into fashion and today tattoo culture has become a significant part of the fashion industry.

Unlike the previous decade, where tattoos were frowned upon and were considered to be a part of the underground culture, today, you see somewhat the entire collections being based upon the tattoo trends.

It is usual now to see models sporting a lot of body ink on runways. The tattoo culture has also found its way amongst the masses, as can be seen with people inking their aspirational brand logos onto their skins.

Even in the younger generation, this culture is extremely popular and this can be seen with a wide range of tattoo designs for boys.

We understand that it is difficult to find the tattoo that just clicks with you. It has to be visually alluring and should also convey the story that you’d want to share or the image that you would want to portray.

Reflect your Identity with Tattoos.

When it comes to tattoo designs for men, some know exactly what they want, whereas others require a little guidance.

Tattoos demand a lifelong commitment (assuming you’re not gonna go for laser removal), and so you should not rush into this decision without thinking it through.

We suggest that before you put yourself under the gun, consider the different tattoo designs for men listed below.

These tattoo designs have been exclusively chosen to keep men in mind, and amongst the list below, one of the designs will surely click with you. You’ll discover everything ranging from a minimalist tattoo design in hand to a full OTT body design.

Small tattoo designs for boys are the smartest choice and are exactly what you need if you are getting inked for the first or second time.

It would be advisable to get it in an area where it’s easy to conceal, (don’t want your parents to find out about it, just yet, right?)

This gate to galaxy tattoo has an aura of mystique, which makes it amongst the popular tattoo designs for boys.

Having their roots in ancient traditions and cultures, tribal tattoos have become very popular these days and are considered as the most sought-after tattoo designs for men given their stylish looks.

The above-shown tribal tattoo denotes strength and raw power, covering the left chest of the guy, it stretches over to the shoulder and covers the biceps along with it.

It has bold interlocking patterns, and like other tribal tattoos, it immediately grabs attention.

If you want to make a bold statement with your tattoo, then you should surely check out the tribal tattoos.

Tattoo design in hand is considered to be the best because a lot of people get to see it, given that your hands are not covered most of the time.

You’re likely to get more appreciation for tattoo design in hand than for any other design, given its visibility. It will also help you in hiding any undesirable marks or blemishes on your hand, this means that they are your easiest shortcut when it comes to doing away with an off-looking mark.

Hand tattoos can be used for creating impressions, for lasting memory and to showcase who you are on the inside.

The rose tattoo in the picture has a simple and modest design and yet has something about it, which also makes it classy.

Owl, the bird of elegance and a creature of the night is mostly a silent bird and is considered to be the rightful monarch of night.

The owl tattoo conjures with itself an ancient, enigmatic and mysterious vibe.

The above-shown back tattoo signifies that there is much more to you, then what you show or perhaps signals of a secret side.

Other than the mysterious persona, this tattoo also symbolizes magic and spell. This stunning design is usually drawn on the back of the lower part of the leg.

Compass, the tool which has accompanied mankind since ancient times is in the list of the common tattoo designs for men.

In earlier times, this little dial helped sailors and soldiers find their way back.

They are symbolically used by travelers to get a sense of guidance and to protect them from the unknown mysteries of the world.

The wanderlust tribe who consider travel to be their lives are usually the ones who boast of this tattoo.

It is often used to show that someone who has lost track of themselves has finally chosen the right path. Some men also use it to warn themselves to never stray to the wrong path and lead a righteous life.

Skull tattoos have been widely popular for more than a decade now and given the efforts of creative artists, the fad is not expected to fizzle out anytime soon!

The ubiquitous skull tattoo comes in various designs and forms, each one more detailed and magnificent than the previous one.

These tattoos are a common sight, especially for those who live in a big city, there is a high chance that you have already seen someone with a tattoo similar to one shown above.

As per the tattoo artists, they see a lot of people going for the skull tattoo, if they just want something basic.

The image shown above is a contemporary design where the skull has wide eyes and an open mouth. The creative work shows that the teeny-tiny bones and particles are flying with the wind.

If you are someone who wishes to get your life goals imprinted on your flesh, then we would suggest you have a look at money tattoos.

These tattoos serve as a daily reminder for you to achieve your dreams and they also act as an incentive to ensure that you continue to strive.

The money tattoo is a symbol of one’s ambition and their will to achieve their dreams.

Money tattoo designs for men are representative of their will to achieve wealth and comfort for themselves, their friends, and their family. Other than that, they are also popular for men who like to show off their money.

We hope that with the help of the above-shown tattoo designs for men, you’ll make the right decision, one that hopefully you won’t regret later!

Another popular way that men use to express themselves is through jewellery. Gone are the days when men wearing jewellery was considered to be a taboo, nowadays, men are often seen with these accessories, to flaunt their style.

The idea of adopting jewellery as a means of expressing themselves can be credited to young pop stars like Shawn Mendes and Harry Styles. They brought in the culture of adding jewellery in man’s wardrobe by following such trends themselves.

However, we understand that jewellery pieces can still be tricky when it comes to men.

While women can effortlessly pull off various ornaments and baubles, the same is not the case for men.

If you are someone looking to decide on which jewellery you should wear to complete your ensemble, or if you are looking to give your male friends some trendy accessories, then the list given below is made for you.

Undoubtedly, watches are amongst the most relatable pieces when it comes to men’s jewellery. Beyond just being timekeepers, watches represent a man’s style and social status.

Men usually prefer metallic straps as they give them a more powerful look as compared to the regular leather straps.

The metallic watches can be anything ranging from steel, silver and gold, the thick and heavy watches exude a proud sense of masculinity and the magnificent dials with Roman numerals adds to it.

More than just being an accessory, watches are essentials in a wardrobe and they are suitable for all situations- going for an interview, having an important meeting scheduled, wondering how long it is before halftime- You Just Have to Wear a Watch!

After watches, bracelets are the next best accessories that men feel comfortable with.

These inspirational pieces help men to express themselves and connect with their inner style and feeling about fashion.

The ones with a simple and minimalistic design are ideal for men and these bracelets can be worn along with watches to complete their ensemble.

If you are a t-shirt and jeans guy who always has earplugs glued in, listening to country music and have an affinity for leather and silver jewellery, then you must check out these bracelets and up your style game.

The literal form of Power Dressing

Rings can be worn to mark commitment or as a fashion statement. The best ones for men are the single-band smooth ones and they come in various metals like- gold, silver, etc.

The rings that have inscriptions on them are considered to be the ultimate style statements and wearing rings on multiple or different fingers is a symbol of different attitudes.

Signet rings are representative of one’s wealth and status. In earlier days, they were used as seals to stamp and sign documents.

Traditionally worn on a ring finger, nowadays you find people wearing them on their pinkies. If you are on a lookout for singlet rings, then make sure that you give both the metal and the weight before taking the final call.

We hope that the above-given ideas were useful for you. Share what you are adding in your cart with us in the comments.

Read About Tattoo Designs For Girls. 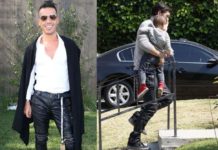 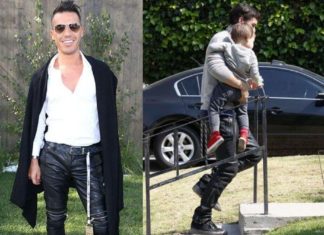 The Initiation Of A New Beginning