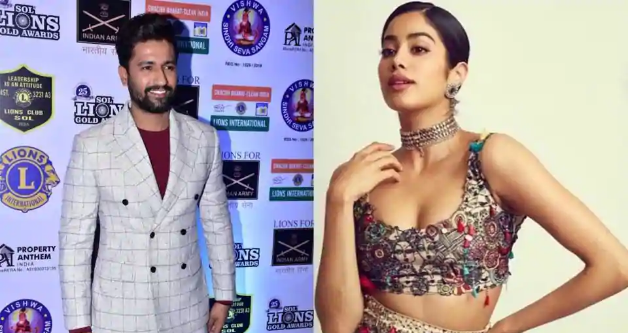 It was a glitzy affair when noted celebrities landed to attend the Lion Awards that were held in Mumbai on Thursday.

Among the line up of Bollywood and TV serial attendees like Neena Gupta, Mouni Roy, Vicky Kaushal, Big Boss winner Dipika Kakkar it was Jahnvi Kapoor who made quite an entry!

How? you ask! Well look at her outfit and you’ll know-

Famous Bollywood film producer Boney Kapoor’s daughter who stole our hearts with her performance in her debut film Dhadak was seen making a stunning entry at the awards wearing this amazing two-piece outfit exquisitely designed by ace designer Anamika Khanna.

It was an Indo-Western outfit that had eccentric motifs and a contemporary vibe to it. Jahnvi paired a choker with stud ball earrings to complete the look.

Actor Ayush Sharma who debuted with film Loveyatri also attended the event with his co-star Warina Hussain who flaunted a Marchesa gown and looked lovely.

We somehow loved Jahnvi’s look the most. Did you? Tell us in the comments below. 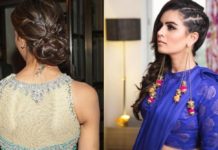 The Complete Guide: How To Pick A Perfect Hairstyle With Saree

Choosing Mens Hairstyle For Round Face: The Complete Guide