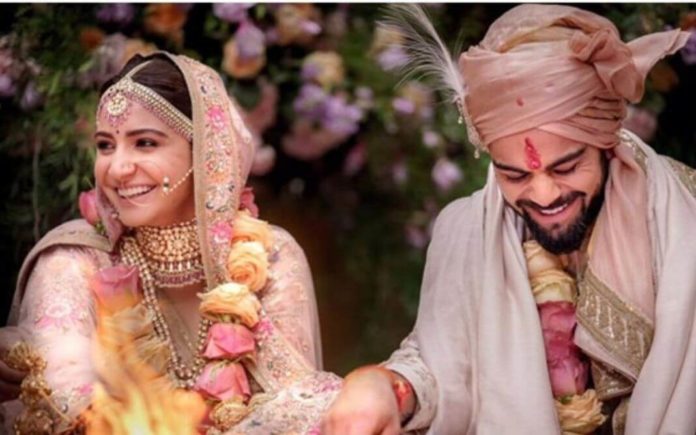 And finally the much-awaited time has come! Indian skipper, Virat Kohli and leading Bollywood actress Anushka Sharma just tied the knot in the far away meadows of wine yards in Tuscan, Italy today in the morning.

What began as a friendship turned affair rumours has today resulted into the beautiful day for this talented, powerful and dynamic couple.

Speculations about their wedding were doings rounds as Anushka and Vrat’s family booked a massive palatial resort called Borgo Finocchieto in Tuscany, Italy from December 9th to December 12th.

The resort which is quite a fancy for coterie of celebrities and businessmen, the couple confessed to tie their knot in a private affair with limited guests including the close family members and friends.

All thanks to the security which waved off the media to capture their private wedding affair.

Obama was also found to be vacationing in Borge Finocchieto earlier this year with his family.

Virushka totally complimented each other as they dressed up in coordinated outfits giving us yet another couple goals.

The adorable couple sharing smiles, warmth and love is just beyond words.

Talking about pastels and florals, Virushka didn’t miss a moment to catch up on the trending wedding haute couture as they donned striking embellished floral pastel outfits.

In an interview with Harper’s Bazaar Bride, Anushka confirmed that she would love to get married in the lap of nature in a traditional Indian wedding, somewhere near the wine yards.

The resort which is just a few kilometres away from the wine capital of Italy is just a dream come true for this happy-go-lucky girl.

The reporters also added that they heard the Dhol far away at the venue alongwith the pictures that totally prove the couple didn’t let go of their roots. 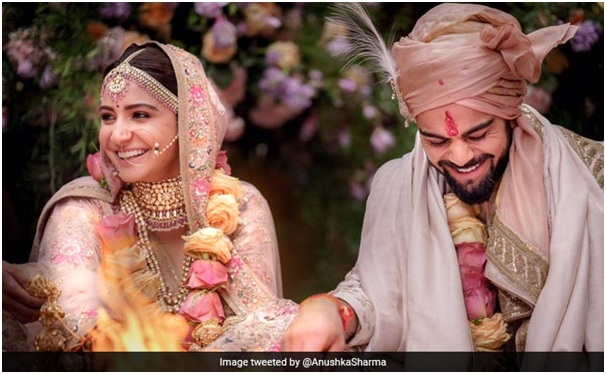 The couple who met on the sets of commercial were often spotted together at several social events together.

They were last seen together at Indian cricketer Zaheer Khan’s wedding with Sagarika Ghatge in Mumbai.

ZeroKaata team wishes this amazing couple a very Happy Anniversary! May  their pious and lovely bond nourish with every passing day.

8 Women’s Casual Sandals That Are Perfect For Summers