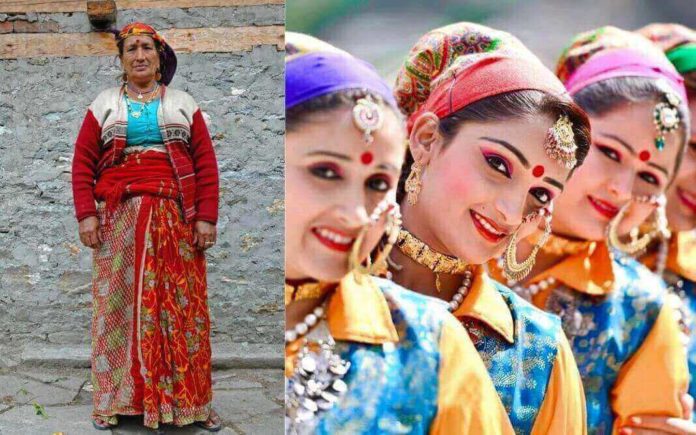 The clothing and jewellery of Uttrakhand depict the lifestyle and culture of the people living in the hilly regions of Dev Bhoomi. To counter the cold weather of Uttrakhand, most of the garments are made of wool.

The traditional dress of Uttarakhand is beautifully complemented with apt jewellery.

Garhwali traditional dress for women includes a saree tied in a particular way.

The pallu of the saree goes from the front and is knotted on the shoulder, with a waistband made of cloth.

This attire makes it easier for them to carry food and does not interfere with their work in the fields as well.

Earlier, the sari was worn with a full sleeves blouse (also known as Angra) with the silver buttons. Full sleeved blouse used to protect the women from the cold. They also adorn a headscarf to carry the harvest.

It is the silver jewellery ornament, worn around the neck. It is usually adorned by married women only.

It resembles the contemporary choker worn by the women of Garhwal community of Uttrakhand. It is designed on a maroon, red or a blue band with gold square pieces arranged on it.

Baluq is a nose ornament, worn as a nasal septum by the women of Uttrakhand. The women from rich families wear gold baluq while the poor usually don a silver one.

It is a silver necklace, made with the use of black beads.

Kamarbandh is a belly-belt and is worn around the waistline by the women of different communities of Uttarakhand.

Uttarakhand traditional dress of women in the Kumaon region of Uttarakhand resembles the attire of Rajasthani women. The women of Kumaon adorn a ghagra along with a shirt (blouse).

A symbol of family prosperity, fertility and happiness, Rangwali Pichora is the traditional attire of Uttrakhand women.

It is a yellow-colored garment that is dyed and made at home. It has a Swastik sign embroidered in its center and there are 4 quadrants depicting the Conch shell, Swatiska, Om and Goddess.

The Swastika is made with dots, leaves, and flowers.

This entire design is circled around with the shining borders which are made with the intricate designing.

The Swastika symbolizes devas and devis. At the center of Swastika, there is Om which symbolizes spiritual life.

A dominant tribe of Uttarakhand, Tharu people claim themselves to be the descendants of Pandavas of Mahabharat. Their style of clothing is different from Garhwali and Kamaoni women.

They also adorn Thalka or Lohiya, which is a long coat usually adorned during the festivals.

Even the men of Tharu tribe wear jewellery like earrings, kadas, necklaces along with a traditional cap called digwa, made of woolen cloth.

Drop comments and let us know about your favorite pick! 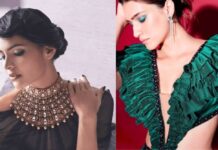 The Famous Bazaars & Jewellers In Delhi 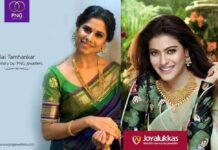 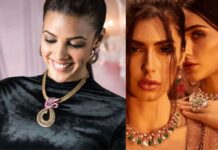 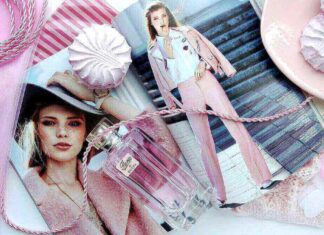 Traditional Jewellery of Gujarat and Its Making Process