Gone are the days when our desi heroines grabbed all the attention with their beautiful hairdos, with an increased focus of men on fashion and style, the Bollywood heroes mens haircuts and hairstyles are rapidly gaining popularity.

The actors are leaving no stone unturned to portray the character they’re playing realistically and so they are seen experimenting more and more with mens haircuts.

The Bollywood stars don’t just adorn a simple wig and get done with it, rather a lot of strategizing and planning goes behind these stars’ appearance and special emphasis is put on their mens haircuts.

Some of these actors have gone for some very innovative haircuts on-screen which have gained a big momentum and turned to be a part of the FAD.

These mens haircuts have been an inspiration for their millions of ardent fans across the globe.

If there’s one Bollywood actor who loves experimenting with his mens haircuts, then it has to be Aamir Khan.

The eccentric actor is known to be a perfectionist and is often seen changing his looks and we’re not just talking about his men’s haircut, he changes everything from his physique to tone to get into the skin of the character.

His hairstyle has seen a dramatic change over the years and we’ve seen him go from a short men’s haircut to edgy long hair.

Paired with a nose ring and a long pointed moustache, his look is nothing short on being dramatic.

If you’re planning to take inspiration from Aamir Khan, the Bollywood’s perfectionist, then we’d like to warn you, not everyone can pull off this look and so there might be a chance that this look fails.

It’s all about how you carry it off, if you feel that you have it in you to get this awesome look right, then who are we to stop you, Go Ahead!

While it’s a given that you have to grow hair for this style, there are some other bits too, that can help along the way to get the hairstyle right.

Weave the front and top portion into a tight style, do the same for the sides. Pair it along with a thin plastic headband, this will help you to hold the weaved style in place.

Grow the back of your hair just enough to be above the neckline. This look will be best suited if you don’t go for much styling and cutting, and just leave your hair to frame your face naturally.

One actor that comes to mind when we are thinking about the song ‘For he’s a jolly good fellow’ is Varun Dhawan.

The young actor is growing with each distinct role that he pulls off with ease, he is a dedicated fellow and is known for the sheer commitment he displays.

He is often seen experimenting with his hairstyle, however, the base style has remained the same. His look consists of a messy appearance with slightly outgrown hair and a contained persona.

If you are looking for a long mens haircuts, then Varun makes for a great inspiration.

Try opting for this slightly messed look which on the first look seems a little unkempt but is pretty neat. Other than the long hair, you would also be required to have long sideburns that go down to the earlobe.

The “Varun Dhawan” look is perfect for someone who wants to display themselves as relaxed, casual, and yet stylish.

One star kid that has taken the industry with a storm with his superb action and dance moves is Tiger Shroff.

He is the son of the famous actor Jackie Shroff and is a part of the new Bollywood generation.

The actor has a spectacular physique and is known to give more than 100% to whatever project he takes up.

Although, his hairstyle for films involves a short and neat look, however, the actor prefers long hair.

This can be seen in his routine style, where he tends to keep his hair long and somewhat natural looking. His curly hair stands apart from most of the other Bollywood mens haircuts.

For attaining the natural and voluminous look, he tends to leave the hair as they are, without focussing too much on grooming.

This hairstyle involves a slight trim above the ears with the side hair brushed backwards.

If you are someone with voluminous and thick hair who is looking for stylish yet low effort mens hairscuts, then you can go for this rugged-looking look.

A man with many talents and great ties with some of the Bollywood’s biggest, Kunal Kapoor is known to be a brilliant writer, a terrific actor and even an entrepreneur with his crowdfunding platform Ketto.

The actor is known for his role in Rang de Basanti and other than Hindi cinema, he has also worked in some blockbuster Malayalam and Telugu films.

The actor is no stranger to experimenting when it comes to his haircuts and one such style that caught our attention and made us go all starry eyes for this actor is his funky bun.

While we’ve often spotted Bollywood stars in a man bun, Kunal went a step ahead to add a fun element and got his hair in a french braid in addition to sporting the bun.

This hairstyle was initially used for his film, Veeram but because of the popularity and admiration it gained, the actor decided to stick with this look till he has prepped for another look.

This style created a trend of its own and if you are someone who is looking for a Little Hatke haircut then we would recommend you give this hairstyle a shot!

The actor carries himself with the utmost style and all this extravaganza around him can also be credited to the royal blood that runs down his veins.

Earlier he used to keep his hair short and sleek to portray the chocolaty boy role, however, now we see him with longer hair, usually kept together in a bun.

One of his mens haircuts that instantly became a hit with fans was his long messy hair look in ‘Hum Tum’.

The actor has great hair texture and his hair can be said to be a combination of straight and wavy, the front hair is more straight whereas the ones towards the back are wavy.

The actor is extremely finicky about his hair and likes to perfect his mens haircuts.

This hairstyle was a craze among youngsters when the movie released and even today it is perfect for all the young college-going dudes out there.

The bhaijaan of Bollywood is amongst the most popular and loved actors of all time.

The flamboyant actor has an irresistible charismatic personality and is known to set a trend with each of his appearances in both films and television.

The actor usually opts for a short and neat haircut, however, one of his mens haircuts which widely became the talk of the town is his ‘Tere Naam’ movie haircut, where he had opted for a short fringe look along with middle-parting.

There was an entire generation that went all ga-ga for this hairstyle. Even though this class apart actor had worn a wig on the screen, the hairstyle soon became a rage amongst the young audience.

This haircut was widely criticized and it was feared that this style wouldn’t work but all the worries dissolved when a large chunk adopted the messy hairdo.

It’s a given that with Salman Khan comes a mass following and this can be proved by our above-given example of ‘Tere Naam’ release in 2003.

We don’t think any mens haircuts have gained that much traction as the long greasy locks in the movie did.

You too can go for this awesome hairstyle if you’re planning to go to a Bollywood themed party or if you feel like completely altering your look.

We cannot end this blog without discussing the men’s hairstyle of the living legend, Amitabh Bachchan.

The one hairstyle that took centre stage during the late ’70s and ’80s was that of Mr Amitabh Bachchan.

Popularly known as Big B by his fans, the actor has impressed the audience for generations now with his hosting, singing, and style.

His haircut that gained immense popularity was the one he carried along with his Angry Young Man look.

For many back-to-back hits like- Don, Deewar, Sholay, and many others, he was seen donning this lanky angry young man look. His films were a super hit at the box office and his hairstyle was an equal hit amongst his fans.

If you’re planning a retro hairstyle for a party or even in your routine look, then make sure to give this suave look Mr Bachchan a chance.

All you have to do is maintain those long hair, have some thick sideburns and go for a center parting. For imitating the proper style, opt for a shirt and ensure your hair covers the collars and ears partially.

Each haircut that we have specified above has been a source of inspiration for many men.

We hope that it has the desired effect on you too.

Share the mens hairstyles you loved the most with us in the comments below and remember to always choose a style that resonates with you and your personality. 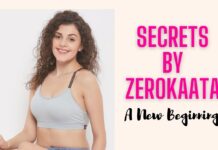 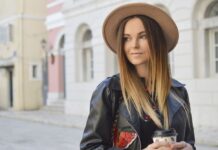 Get A Crusher Outback Leather Hat For Yourself 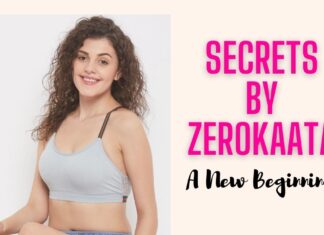 Get A Crusher Outback Leather Hat For Yourself

How To Choose Birthday Gifts For Father