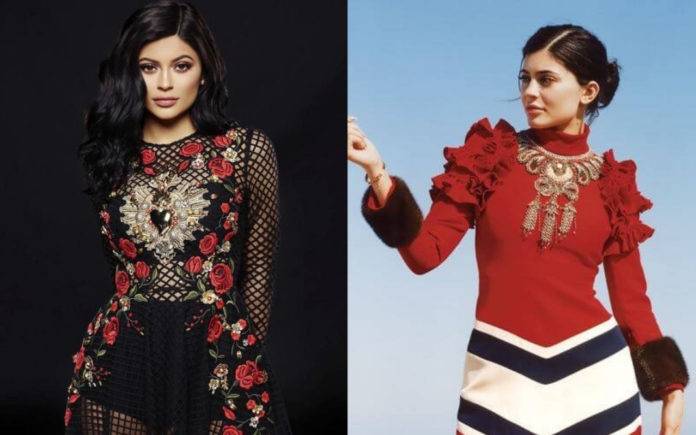 When Valentine’s Day is around the corner, how can the celebs not talk about it?

One of the most popular Kardashian sisters- Kylie Jenner recently posted a video on her channel where she was seen answering Valentine-themed quick-fire questions.

The 21-year-old reality star has dropped some serious hints to her boyfriend Travis Scott – with whom she has 11-month-old daughter Stormi – that she wants sparkly jewels as a gift.

Kylie was asked whether she would prefer to receive a teddy bear or jewellery, to which she said: “I mean, jewellery, obviously, right?”

And then when asked if that jewellery would be made of diamonds or pearls, she replied “diamonds” were her preferred precious stone, as per reports of femalefirst.co.uk.

The video also had her answering about her preferences about wine. Well, she prefers red wine over rose, and pink over red.

Also, she revealed some intimately detailed preferences in the video about the choice of lingerie as well.

She said: “I’m going to say red for Valentine’s Day, black for any other day.”

Kylie’s Valentine’s Day choices come after it was recently reported she and Travis could be set to get engaged soon, as they are “really happy” in their relationship.

Well, whatever the case may be, at least Travis should get a hint on what to gift her lovely girlfriend. Wink wink!

6 Reasons Why You Must Invest in An Automatic Watch Today

5 Stylish Sunglasses For Men To Wear This Winter

How To Style Oversized Scrunchies?

© 2021 Zerokaata Store. All Rights Reserved. ZeroKaata Studio: India's Premier Digital Magazine
ZeroKaata Studio features the best of jewellery, fashion, lifestyle, art, and travel along with exclusive initiatives such as #ZeroKaataForWomen and #ZeroKaataForLGBTQ.
Read everything about our most famous content categories below!