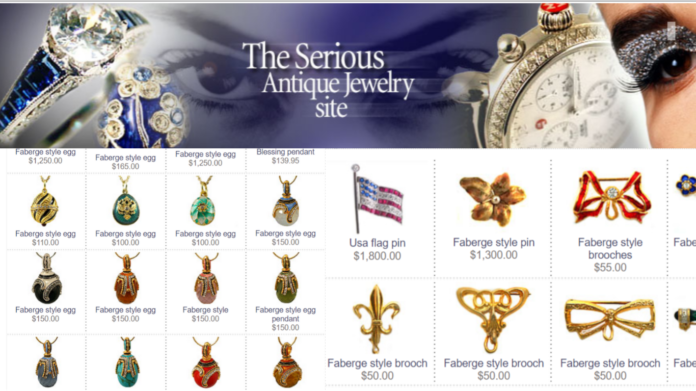 Antique jewellery is the kind of jewellery that dates back to at least 100 years or borrows heavily from previously owned styles.

It may sound odd to the younger generation of girls but antique jewellery is making a comeback in a big way.

The modern-day brides and fashion icons have become largely obsessed with antique jewellery styles that are one-of-a-kind or have some attached sentimental value to it.

When it comes to Indian jewellery, our nation is blessed with the most intricate and ornate jewellery styles that are very distinct in taste.

The rise and fall of empires, dynasties and rulers guided the trends in jewellery styles.

We have a legacy of creating unique jewellery styles with excellent craftsmanship, ultimate precision and ornate designs which keeps the jewels super relevant even today.

Even though technology has largely changed how we create and design our jewels, hand-crafted jewellery still has our heart.

The unique design and stand-alone pieces are still such a rage amongst the women of India.

Sooner or later, you will find yourself drifting towards more antique and traditional styles that promise the old-world charm and state-of-the-art workmanship.

For all your antique jewellery needs you can check the antique jewels collection at Masterpiece Jewellers in New York.

But before we go shopping, here’s a list of antique jewellery styles that you should be familiar with.

Rose-cut diamonds, flat top garnets and coloured stones set in closed backs and mounted with foil are a common sighting from this era.

The Gregorian era was dominated with floral and organic motifs, and silver fused to yellow gold.

The Parure jewellery sets were used to create distinct looks with matching earrings and rings worn at the same time.

This era marked the rise of sentimental jewellery. When Queen Victoria married her husband in a lush wedding, her engagement ring featuring serpent became a raging trend.

Besides, the diamonds and motifs were mostly found in lovers knot, hearts, flowers, brows and crescents.

The advent of the industrial revolution lead to increasing demand for diamonds as women of every stature had access to diamonds that were mined in South Africa.

This period was also guided by the emotional state of mind of the Queen when Prince Albert died.

The mourning and memorial jewels were later adorned with dark, sombre Whitby jet, onyx and deep garnets came into vogue.

The later times of the Aesthetic Period became symbolic with luck and good fortune.

The Art Nouveau is by far the boldest and most unique era in the jewellery world.

This period revoked the rebellious, fearless and untameable jewellery designer to go all out with floral, insect and bird motifs.

A rebellious use of strange coloured gemstone and enamelling were used in outstanding designs.

The never-seen-before jewellery soon spread its love around Europe and all over the United States of America.

This period marked the establishment of big jewellery giants like Tiffany & Co.

The antique jewellery from this era is majorly influenced by King Edward 7 and French Rococo Décor.

This period leads to the start of platinum used in precious jewellery. Old mine-cut diamonds were set in brooches, earrings and rings for an airy and elegant appeal.

The garland style of flowers and leaves also became popular during this time.

The latest and most modern designs featuring lines, definite shapes and sleek styles captured the essence of growing women empowerment in that era.

As women gained the right to vote, all white diamonds and platinum designs reflecting the feel of skyscrapers and buildings became popular.

Stylized floral motifs and closed cabochons were used to add a feminine touch to the sharp designs.

The semi-precious stones like onyx, jade, lapis and frosted quartz were used to add the much-needed pop of color.

The Wolrd War 2 drained the masses out of cash. The jewellers also began using low-carat gold, semi-precious stones and artificial stones to cut down costs and boost sales.

Platinum and diamonds were scarcely used in new jewellery pieces. Antique ring styles with aquamarine, citrine and amethyst became popular then and can also be worn now.

You can find some stunning jewellery masterpiece even today.

This period saw a big rise in the ‘cocktail party’ trend.

This period was dominated with luscious designs featuring leopards, panthers and other animals in whimsical settings of diamonds and gold.

The jewellers like Bvlgari, Tiffany & Co and Van Cleef & Arpels’ refreshed their antique designs with a touch of modernity to capture the new generation’s interest.

Women from all over the world come together for the love of two things – Jewellery & Couture.

There is no denying that antique jewellery is back in the game but how refreshing and elegant it still looks depends on how you style it.

The fashion blogger Chiara Ferragni from Milano is always seen wearing a combination of antique design bracelets with an added touch of modernity through rings or evil eye chains.

So, which era has your heart in terms of jewellery styles?