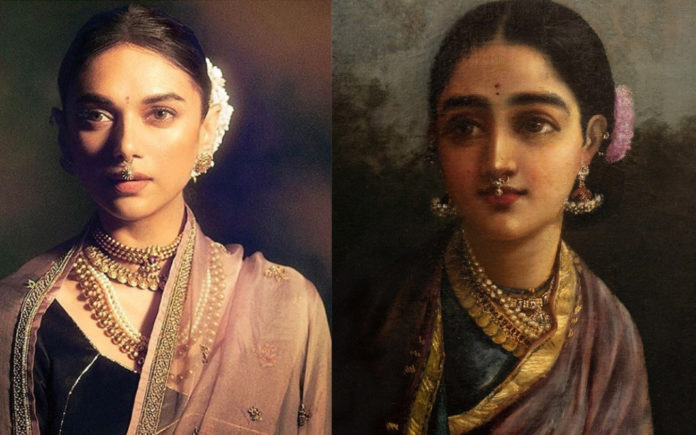 There are very few jewellery brands in India that focus on the ancient history of India and its rich culture for inspiration for their jewellery designs.

India as a market has various consumer base for different types of jewellery but the traditional jewellery remains the utmost favourite and asked for in the market.

Be it wedding jewellery or ethnic wear light jewellery, the options are aplenty.

Amrapali Jewels and Its Love For Indian Designs

One such brand that has love that’s deep rooted in tradition of India is – Amrapali Jewels.

It is evident in their designs as well as the composition of the artwork that they promote on their various social media platforms.

Be it their different collections like- Chandrika, Tribe by Amrapali jewels have always been known to be associated with the effortless combination of traditional designs with jewellery.

One such event that will catch the attention any jewellery lover or the ones who follow jewellery designs and everything that is related to jewelry is that Amrapali experimented with a campaign to exhibit their designs on social media.

If you are regular at instagram and if you follow the top notch publications then you may have not missed this campaign for sure.

This campaign was done for the very established publication named Hello!

In association with Amrapali jewels. The theme and backdrop for this shoot was set to be inspired by the great artist of India named Raja Ravi Varma.

Who Was Raja Ravi Varma?

First of all before delving deeper into the campaign, let us tell you about the person who was the inspiration behind this shoot.

His name was Raja Ravi Varma and he was a celebrated Indian malayali painter and artist.

He is known to be a prominent figure in the art industry and was considered great because of number of aesthetic and broader social reasons.

He was known to combine tradition with modernity and express the art form in amazing ways.

While continuing the tradition and aesthetics of Indian art, his paintings employed the latest European academic art techniques of the day.

Secondly, he was notable for making affordable lithographs of his paintings available to the public, which greatly enhanced his reach and influence as a painter and public figure.

Details About The Shoot

For this recent photo shoot with Hello! India magazine, the famous paintings of celebrated painter Raja Ravi Varma were recreated.

The beautiful actress who beautifully portrayed the role of Mehrunisa (Allaudin Khiliji’s wife) in the blockbuster Bollywood film Padmavat- Aditi Rao Hydari was the capture model for this campaign.

Featured in the stunning jewels by Amrapali, the actress looked beautiful as ever.

This shoot was conceptualized and styled by designer Sanjay Garg.

In one of the pictures, actress Aditi Rao Hyadri is seen recreating the painter’s iconic painting ‘Radha In The Moonlight’.

She is seen donning the ‘Cheent ’ hand embroidered organza sari from his brand’s upcoming summer collection.

Have a look at the real painting by Raja Ravi Varma ‘ Radha in the moonlight’ and the recreated version featuring Actress Aditi Rao Hyadri in Amrapali jewels.

In one other image, she is seen recreating the portray, ‘Girl Going For A Pooja’, wanting breathtaking in a nafisha silk sari and pali shirt from Uncooked Mango.

Every little thing in this photograph, right from the sari-blouse mixture to the hairdo and make-up look flawless and done to perfection.

These were the series of the photos inspired by few of the many paintings of Raja Ravi Verma, wherein Aditi Rao Hydari effortlessly portrays elegance and tradition. What do you think? Tell us in the comments below.

8 Women’s Casual Sandals That Are Perfect For Summers